Turmeric For Boils | The Unknown Miracle In Your Food

Turmeric for boils or curcumin for boils, who would think this yellow powder in our kitchen which we use in our food as a spice will be having these amazing medicinal benefits?

By the summer, you may begin to suffer from skin problems such as itching, red spots, and the appearance of small boils.

Most of us need simple treatment to overcome this bothersome problem in a short time and without needing to go to the doctor during this hot weather.

First, let us begin with the important question: what are boils? 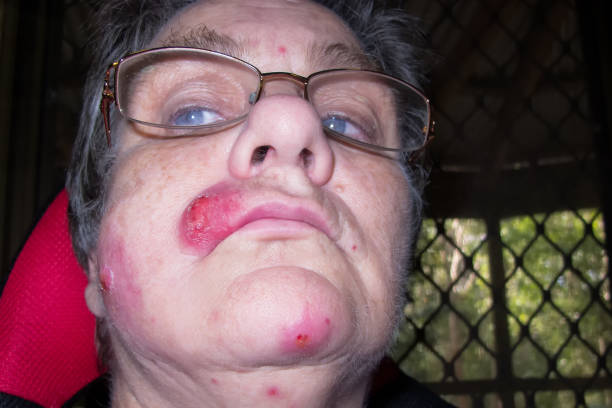 Boils are skin infections mainly caused by Staphylococcus aureus, they can appear in any place on your skin in the face, shoulders, neck, and buttocks.

Staphylococcus bacteria enter the body through cuts in the skin or hair follicles, or from oil glands.

Boils begin a red, hard painful lump on the skin.

Then the lump starts to become softer, larger, more painful, and pus accumulates under the skin [ This takes from four to seven days], and the lump color change to white due to the pus under the skin.

Staphylococcus can escape from the skin to the systemic circulation.

Once the bacteria reach the blood, they can affect the bone, heart, lungs causing pneumonia and other life-threatening diseases. 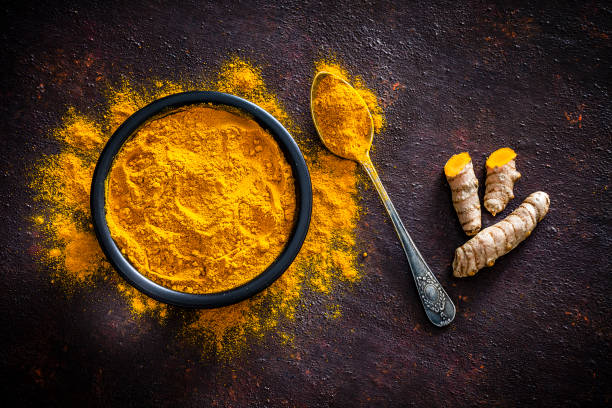 So What is turmeric?

Turmeric is a  herbal plant that belongs to the ginger family.

The part used for turmeric is the rhizomes [underground stems]of the Curcuma longa family Zingiberaceae.

This light yellow powder is used as a spice and it's the major ingredient in curry powder.

The main active ingredient in turmeric is curcumin.

Curcumin gives turmeric its medicinal properties and its yellow color.

Curcumin(The main active ingredient in turmeric) has antibacterial and anti-inflammatory properties which can help in healing boils and get rid of them.

It enhances the immune system response by increasing the blood flow to the infected area.

This will increase the number of white blood cells that go to the infected area and deal with the germ that penetrated the skin and entered the body.

When you apply turmeric externally or consume it internally, either of them will help treat your skin problems, relieve the pain of boils and prevent you from being reinfected by boils again.

At the beginning of this article, we discuss what boils are and their causes.

The question here is how can turmeric deal with bacteria? What is exactly happening to our bodies after consuming turmeric? 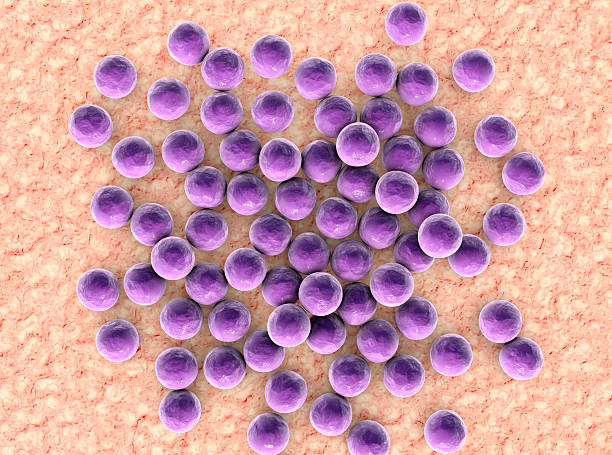 The action of turmeric for boils against bacteria:

Curcumin can affect bacterial growth in different ways for example:

Turmeric for boils can damage the bacterial membrane and make it more permeable leading to leakage in the membrane of gram-positive and gram-negative bacteria.

For curcumin to damage the cell membrane of bacteria, it must be in high concentration.

At the MIC, curcumin doesn't have any effect on the bacterial membrane.

Curcumin is reported to have an excellent effect on the inhibition of many efflux pumps in Staphylococcus aureus. 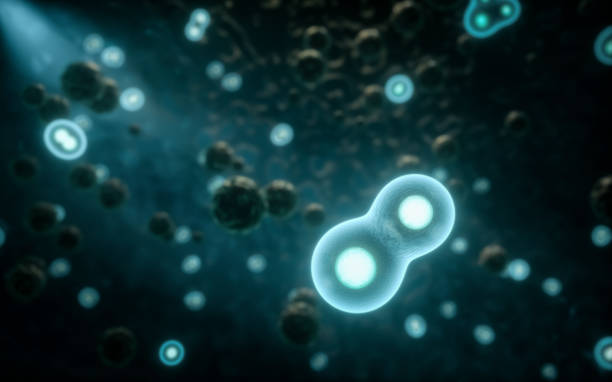 One of the mechanisms of Turmeric for boils is to kill bacteria by damaging the FTsZ protein.

FTsZ protein is an essential protein in the division of bacteria.

The FTsZ recruits other proteins that participate in cell division by producing a new septum [cell wall] between the dividing cells.

Any damage to FTsZ protein will inhibit bacterial division.

Another different health benefits of Turmeric:

In addition to using Turmeric for boils, there are different uses of turmeric-based on its amazing biological activities for example: 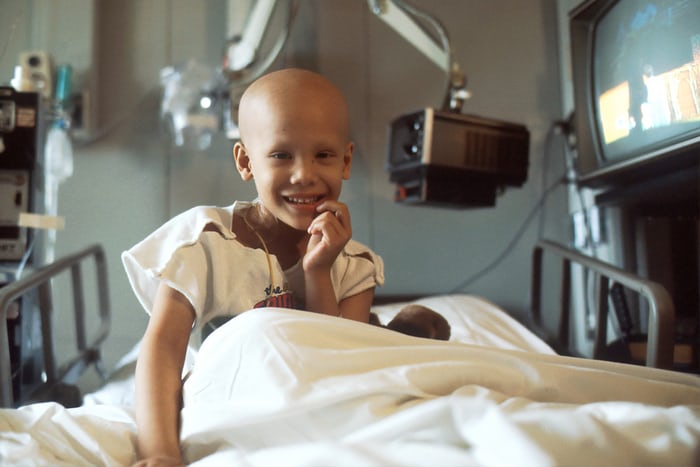 Not only you can use turmeric for boils but also curcumin has strong activity against free oxygen radicals molecules.

Free radical is a chemically active molecule that can cause fatal damage to the body cells.

Dear reader, Do you know that numerous studies on turmeric have proved that it can decrease the growth and spread of cancer cells?

It kills cancer cells, prevents tumors from forming blood vessels that they need to grow, and protects against pancreatic cancer, prostate cancer, and multiple myeloma.

It also reduces the native side effects of chemotherapy. 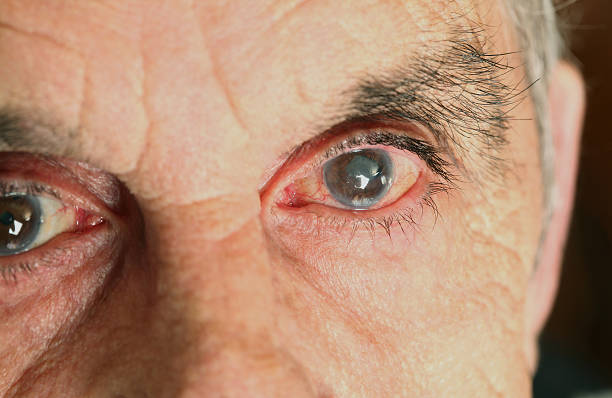 Due to the presence of antioxidants in turmeric, turmeric also reduces the risk of cataracts, glaucoma, and ADM.

ADM [ age-related macular degeneration] is a common eye condition that appears in people above 60 years old, it causes loss of vision due to damage that occurs in the macular [ The part of your eye which controls your vision]. 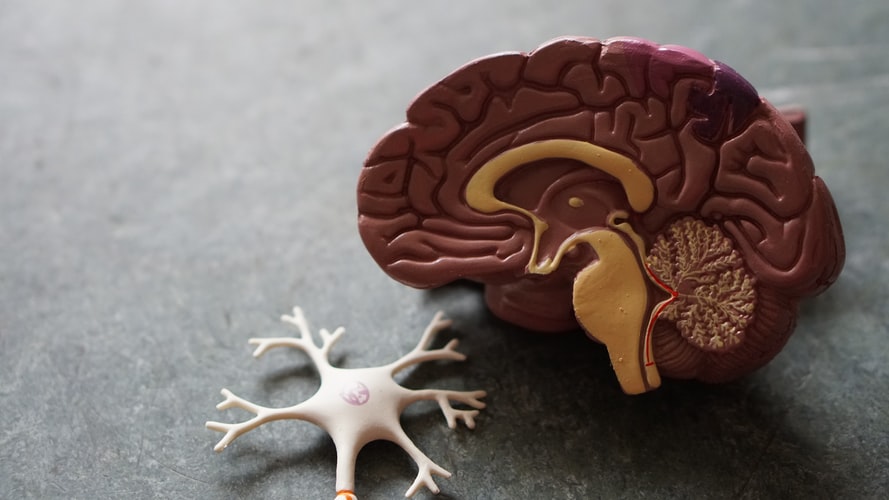 Curcumin (Turmeric) can cross the blood-brain barrier and reduce inflammation in the brain.

It reduces the build-up of protein plaques in the brain, it can also decrease depression and anxiety symptoms. 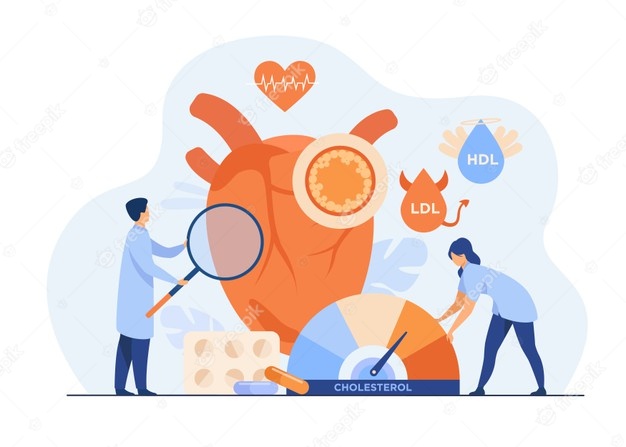 Using turmeric for boils moreover, it can prevent and control heart diseases.

As It lowers your cholesterol and triglycerides level and lowers blood pressure.

Despite the amazing benefits of turmeric, it has poor bioavailability due to poor absorption, rapid metabolism, and elimination.

Some agents were tested to improve the bioavailability of curcumin such as: 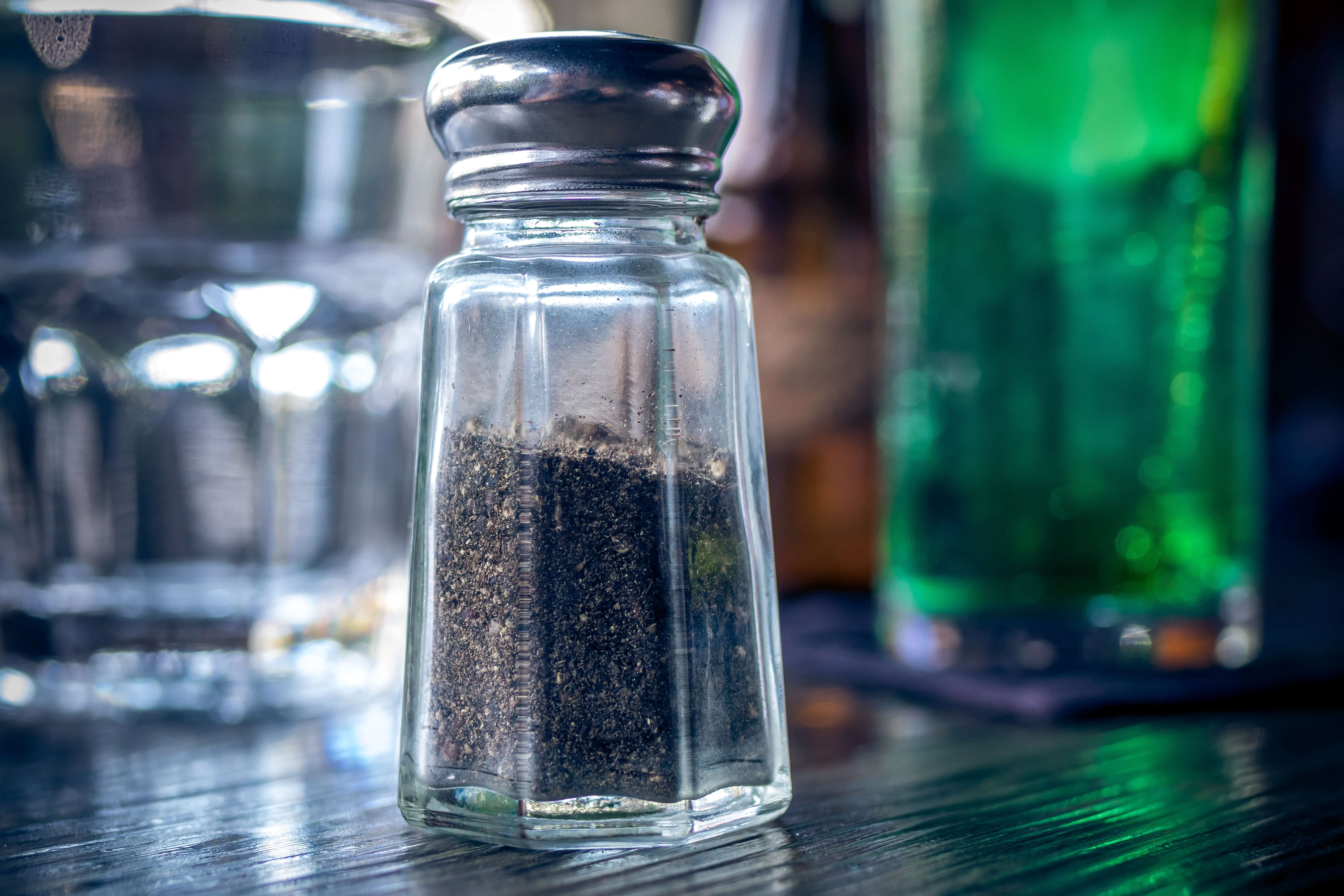 The nanoparticle of curcumin with size [2 -40]nm has a stronger antibacterial activity against Staphylococcus aureus.

Encapsulation of curcumin in liposomes improves its bioavailability by increasing its chemical stability, improving its antimicrobial and anti-inflammatory properties, and enhancing its distribution in water.

How to use Turmeric for boils: 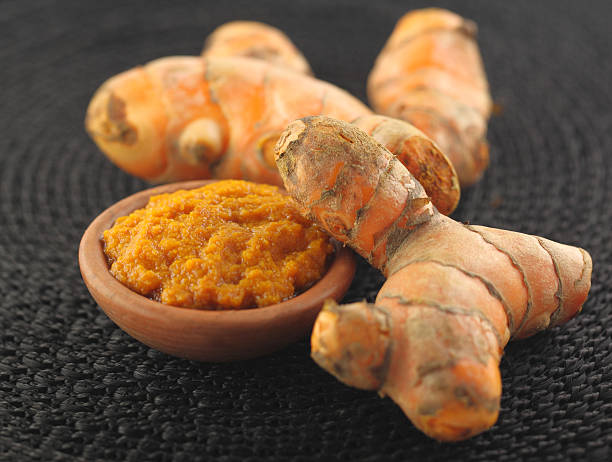 Applying turmeric on boils will dry the boils within three to four days, relieve the pain, and decrease the chance of recurrence of boils.

First of all, you should wash the boil and the infected area by soaking a clean cloth in warm water and gently apply it to the bolis.

This will help to reduce the pain and draw the pus to the surface.

Then Mix an equal amount of turmeric and ginger fresh powders with water and apply the paste to the boils, then cover the boil with a clean cloth and repeat the paste from three times to four times daily for several days. 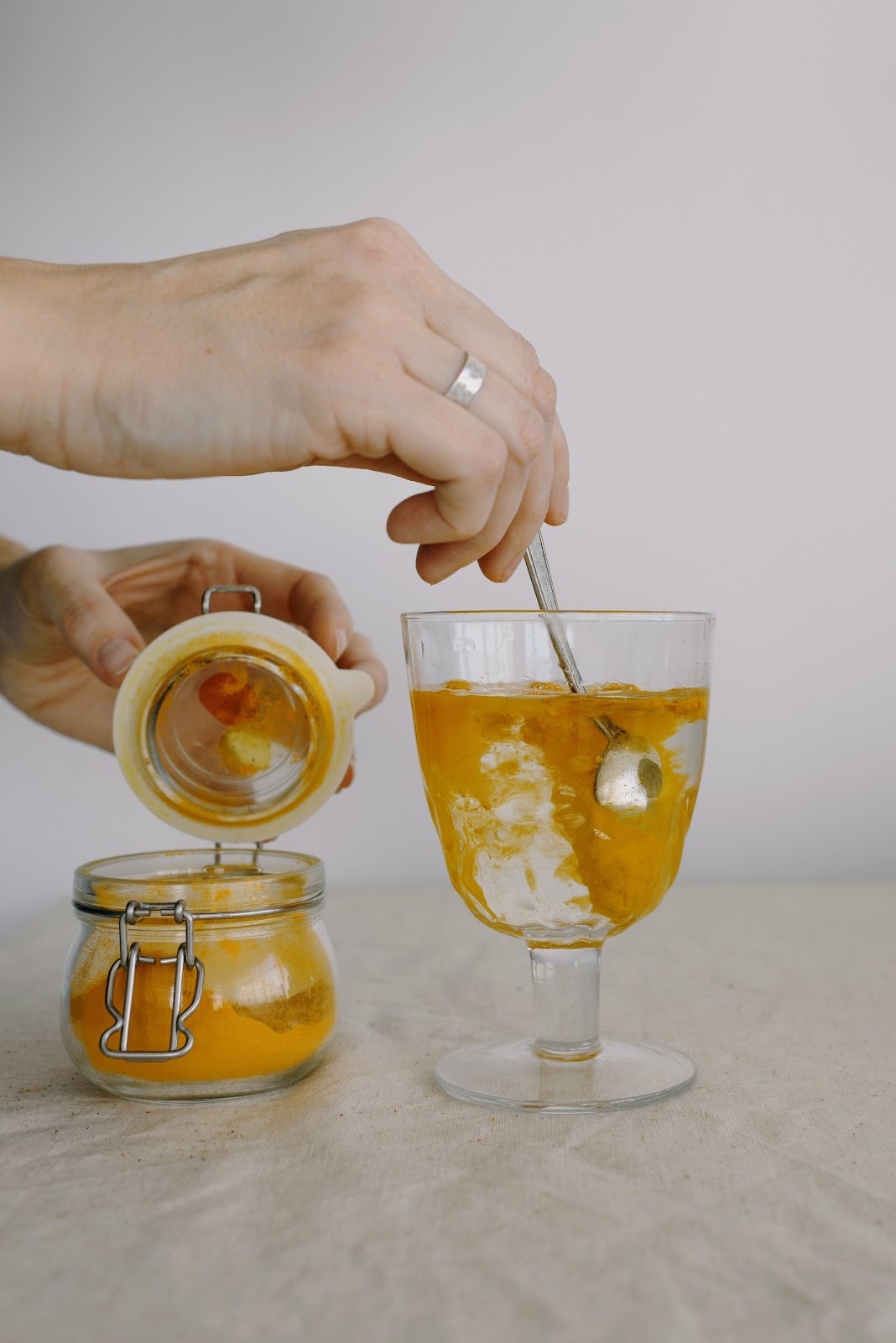 To ingest it, put one teaspoonful of turmeric powder in one glass of milk or water let it cool then drink

Repeat it at least three times daily for several days.

Or You can drink turmeric ginger tea.

Side effects and precautions:

Turmeric can stain your skin with yellow color, You can use a clean cloth soaked in raw milk and rub it on your skin or mix from 2drops  to 3 drops of lemon, and one tablespoon full of honey to remove the stain, moisture, and brighten your skin.

Turmeric doesn't cause serious side effects, however, some people may suffer from nausea, dizziness, and diarrhea after taking higher doses of turmeric.

If you suffer from gallbladder stones or obstruction in the bile duct, Avoid using turmeric because it will make things worse.

Plavix, Cataflam, Lovenox, or warfarin all of these drugs slow the blood clotting and they are contraindicated with turmeric.

Because Turmeric slows blood clotting and when you take it with anticoagulant drugs it may enhance the bleeding and bruising.

Remember that pregnant women must avoid using turmeric supplements, a small amount of turmeric as a spice in food won't be a problem.

Avoid using it while breastfeeding and Stop using it two weeks at least before surgery.

If you have any boils, you usually don't need to seek the emergency department.

Keep in mind don't ever pop the boil with a needle, this will make things worse.

Don't worry most boils can disappear after a simple home remedy, you just need to be careful while dealing with them.

My name is Aya Riad, I'm still studying at the faculty of pharmacy at Tanta University, 4th year. I love searching, abstracting and writing about medical data on my own. At my college: - I have worked with HCV fighters at the scientific committee. -I have participated in the C-Recipista event as a presenter of data. - I also made and designed two videos.( one of them was about common mistakes in pharmacy and the other was about some viruses and their vaccine). When I was young, I always have dreamt about working in a job in which I can search for data and rewrite them by myself and Dew treats agency training is guiding me to the right way.