People love the good scare. we see that they celebrate Halloween. In addition, the zombies, ghosts, and vampires' movies are the most interesting and highly ranked movies. But if you are looking for a real scare, let the natural world be your reference.
In this article, we're gonna talk about the topmost scary animals in the world, Come and check this out.
Let’s start with the favorite movies’ star; 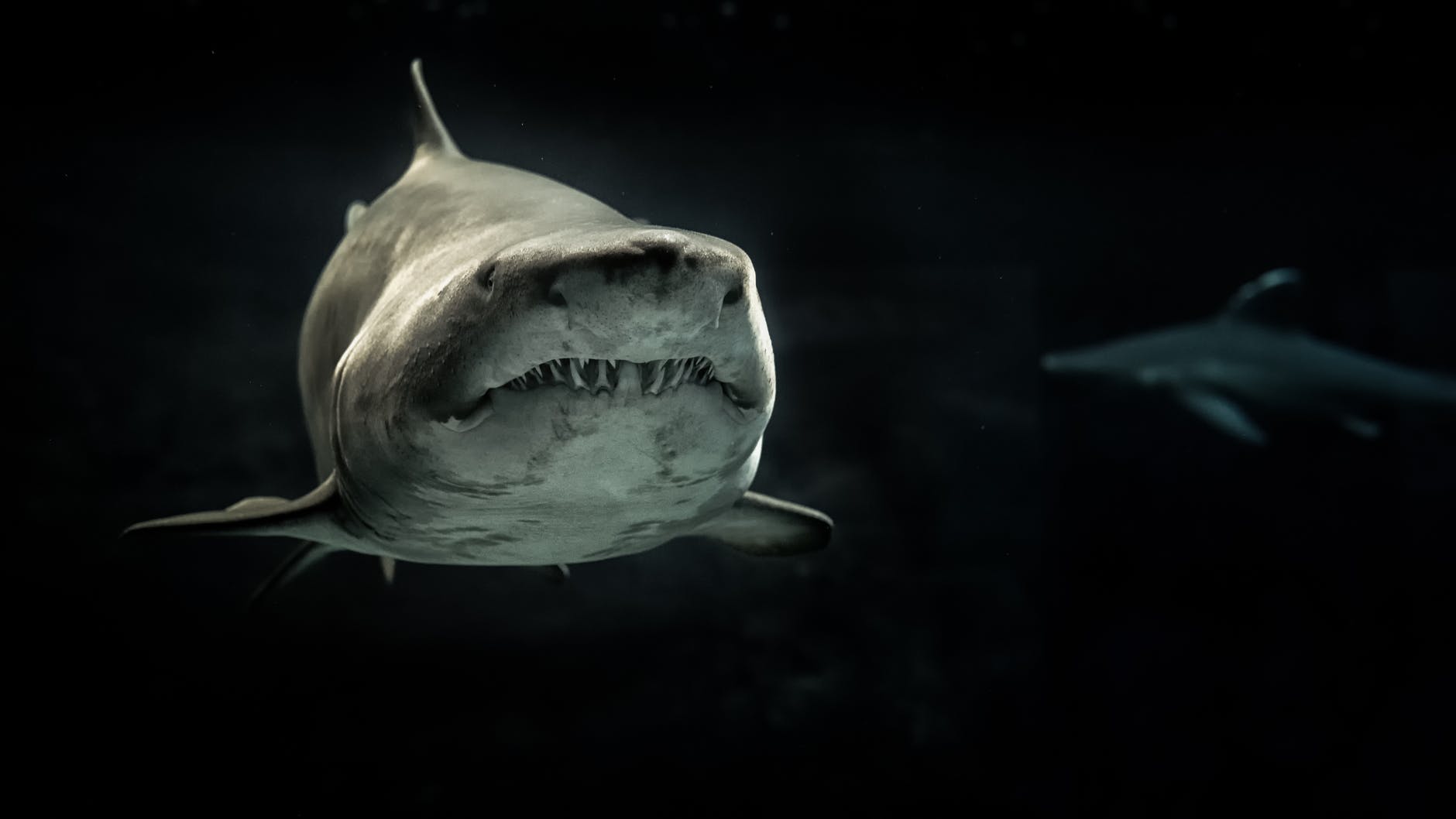 Sharks are the most aged animals on the earth, they have a fearsome reputation for killing humans in the deep and warm waters, with low rates of reproduction.

Among all of the shark species that go around 375 species, only 12 types are dangerous to humans.

Come and take a look at the scariest and most dangerous shark types.

The White shark |The white pointer:
It’s the largest and deadliest monster of the ocean, about 11 to 21 feet and 40 miles/hour. The white shark has 300 acute teeth which can cause the most deadly bite of the world-animals.

The Tiger shark:
It’s a huge predator of the ocean about 13 to 16 feet with very sharp teeth. The tiger shark has a matchless camouflage technique that is known as countershading.

Lake Nicaragua shark:
It's found in India, Australia, and Central America, it can survive in the fresh water so that they travel far to rivers. They have unexpected behavior.
The interesting “Jaws” movie was inspired by the attacks of this shark on Jersey shore.

The blue sharks:
These predators prefer cool and deep waters, their size ranges between 6-10 feet. The blue sharks travel for long distances on journeys for 2.220 to 3.145 kilometers. 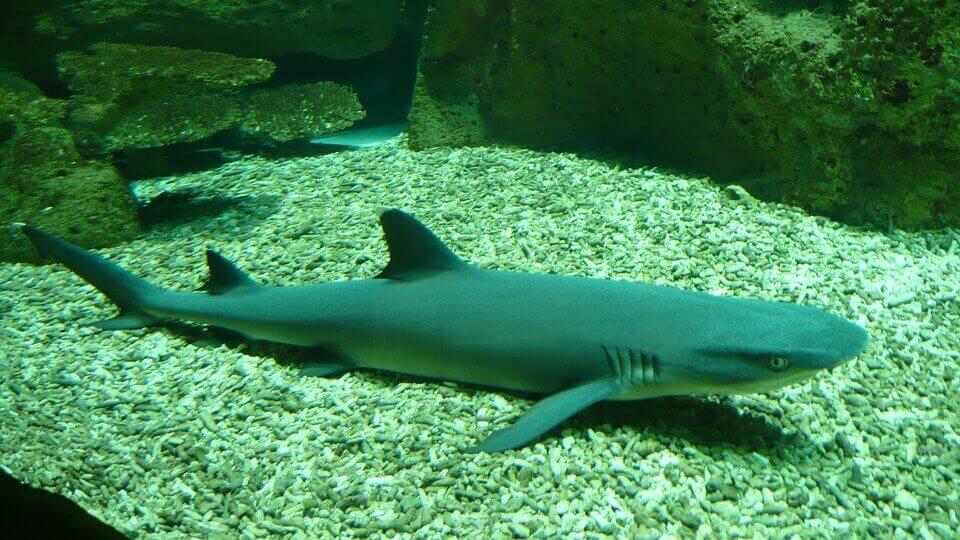 The Oceanic whitetip shark| Brown shark:
the most dangerous one of them all. It's slowly moving but aggressive beasts that live in the tropic waters at depth ranges between (100-500) feet.

The brown sharks are characterized by their large shaped fins that end with a white tip.

These kinds of sharks are known to be hunted for those fins, oils, and meat. 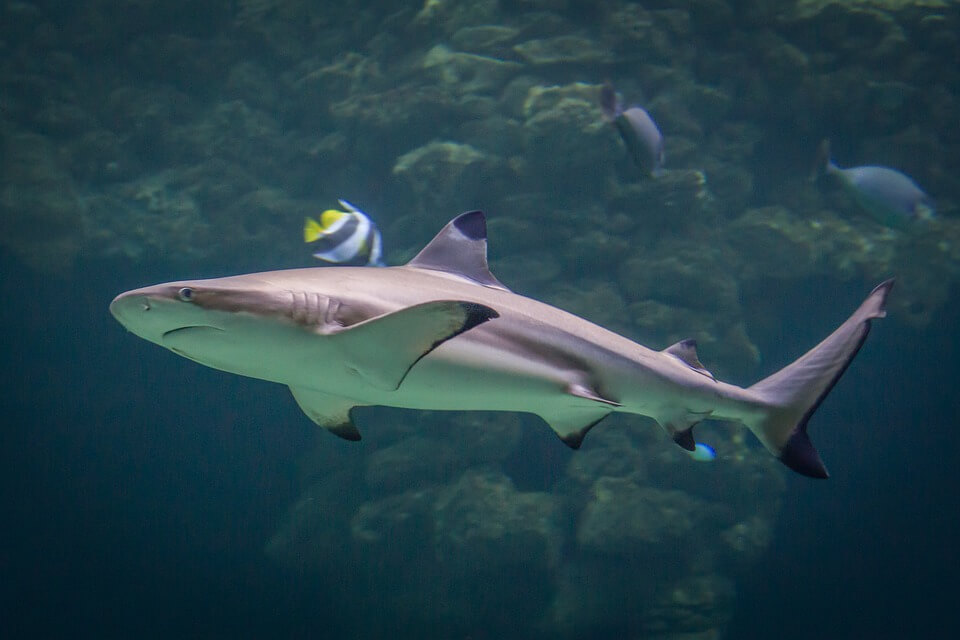 The Blacktip shark:
They are characterized by their fusiform body shape, they are found in tropical and subtropical waters.

These sharks are fast and shy, but be careful they may be curious toward humans.

The Sand tiger shark| Grey Nurse Shark:
This shark is known to be the cousin of the great white shark. It’s characterized by its small eyes, pointed head, and the huge body. 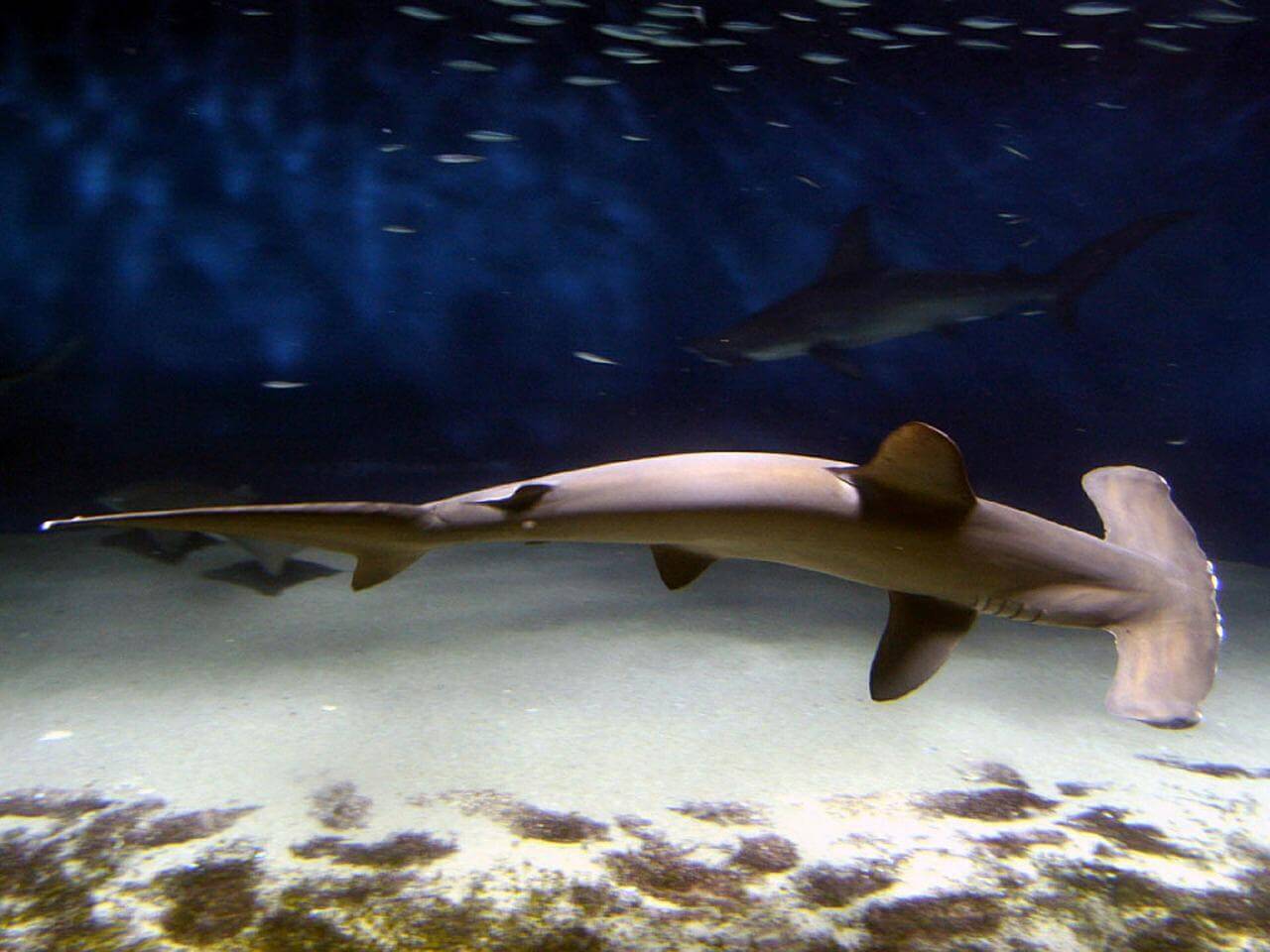 The Hammerhead Shark:
It's considered one of the gods of the sea. their length goes around 1-20 feet.

The specific character of these sharks is to have a hammer-shaped head that enhances the shark's vision.

It hunts solitarily at night, but in groups during the day. Maybe this monster came from hell.

The Shortfin Shark| Blue Pointer shark:
This is one of the fastest monsters of the ocean that depend on the vision, smell, and hearing for hunting.

Frilled Shark:
The frilled shark is a scary looking shark that lives in the dark water you will never meet him near to the topwater. That's why they are harmless to swimmers and divers, but only scientists must be careful with this shark.

If you want to know if the frilled shark still exists, yes, it's one of the surviving species of its family and can be found in the Atlantic and Pacific oceans. 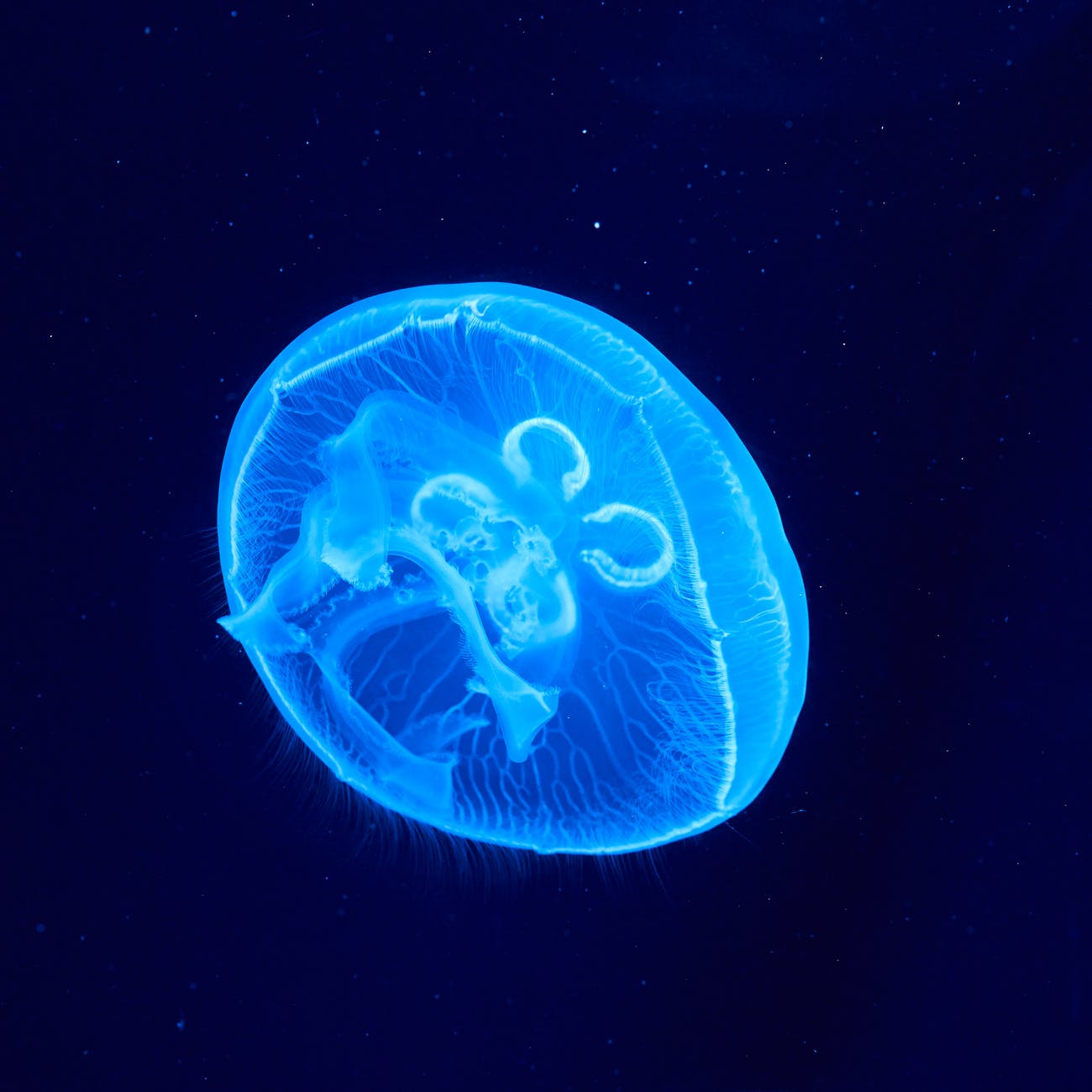 These bizarre animals gained their spooky reputation among sea animals from developing the most powerful venom that can immediately kill the prey. This venom is the most deadly in the world, it contains some toxins that attack the heart, the skin cells, and the nervous system. The sting is so painful. Human victims go on a shock then drown or die before reaching the shore as a result of heart failure.

People who had experiences and luckily survived can describe the pain that lasted for weeks, not just pain, but the sting left them a scar for such a bad memory. 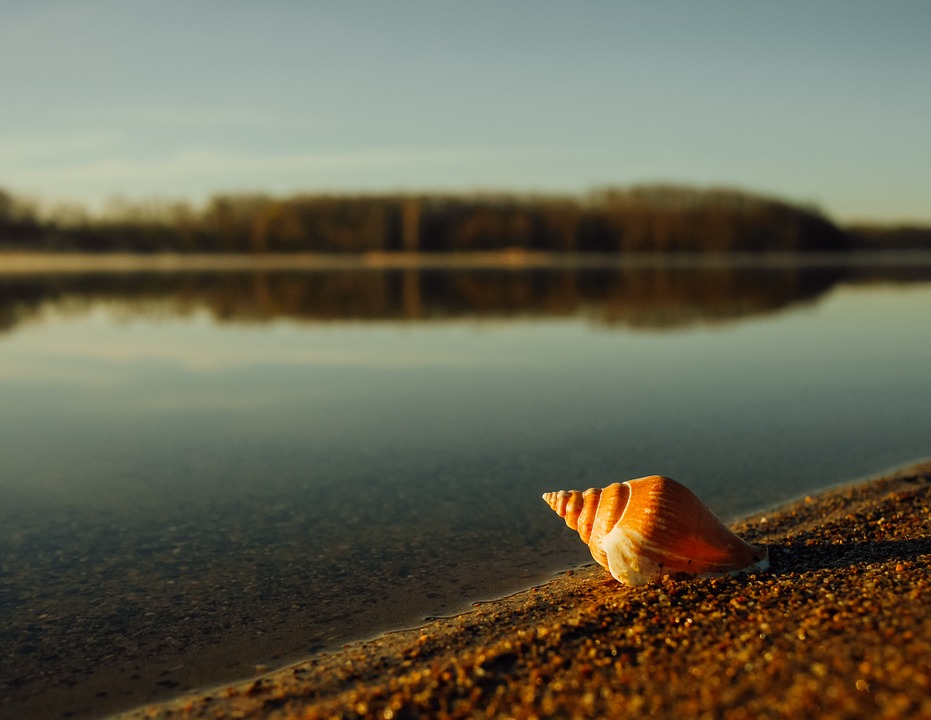 These pretty scary creatures actually exist in the warm waters, they are immediately recognizable due to their white, brown, and black shells that are often prized by beachcombers, but be careful this beauty hides a deadly secret.

The cone snails are usually found close to the shore and beneath the sandy shoals, but you are not wacky to touch these 4-6 inch-long creatures.

They possess a harpoon-like extension "teeth" that contain "conotoxins" which make them one of the most toxic creatures in the sea world.

These creatures are slowly moving but this is not an obstacle for them, they use their venomous harpoon to paralyze their fast-moving prey.

The symptoms of cone snail sting including double vision, muscle paralysis, and respiratory paralysis which lead to death.

It takes you about five to eight hours to die. This is a very bad and painful end. 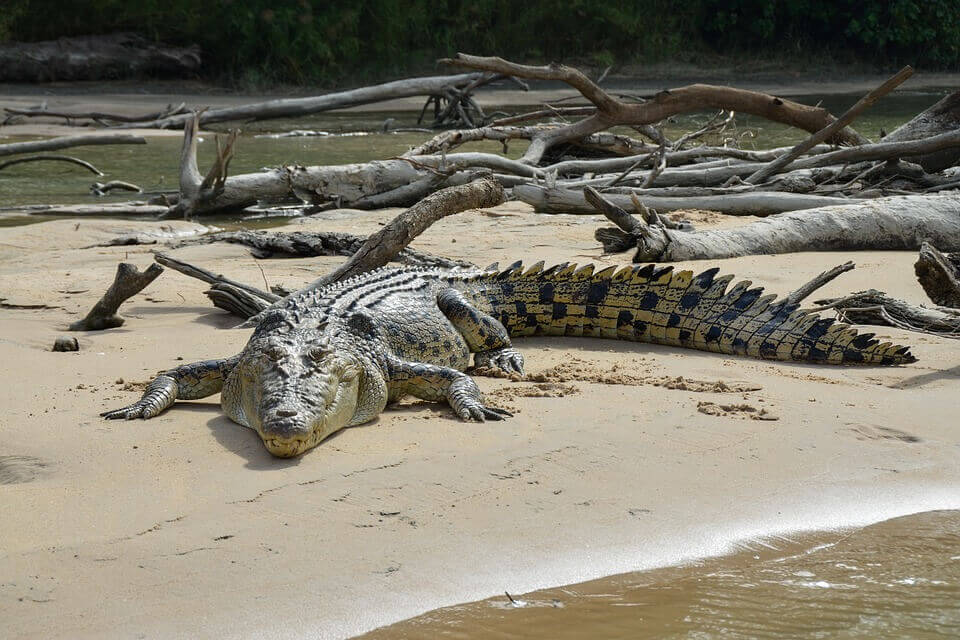 They are considered to be one of the most terrifying animals on earth. Saltwater crocodile adult male is about seven meters long and weighs about 1.000 kg which makes them the largest ones of all crocodile species and they can live for more than 70 years.

The saltwater crocodiles are commonly found in brackish water "low salinity" waters but called saltwater due to their powerful ability to survive in full salinity seawater. Unlike Florida's alligators’ cousins, they are very aggressive toward anything crossing their way and regularly eat people, so if you are careless, you will be an easy meal. 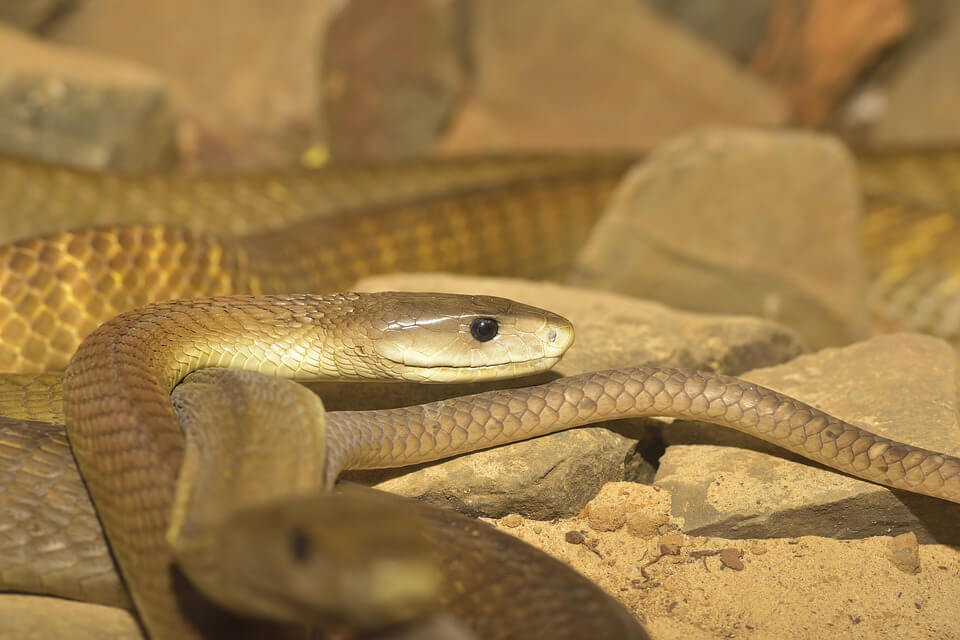 They are not actually black they are brown in color, but they get their name from the blue-black color that appears inside their mouth when threatened.

The king cobra and boomslang snakes are dangerous but have nothing with the black mamba which is deadly especially because of its speed that reaches 12.5 miles per hour that make them the fastest ones of all snakes’ species.

Fortunately, the black mamba is shy, but attack and strike when threatened, and when they do so they will repeatedly bite and deliver a mix of neuro and cardiotoxins that are enough to kill 10 persons in one bite.

If you are stung, you have only 20 min to take the antivenin or you are dead. 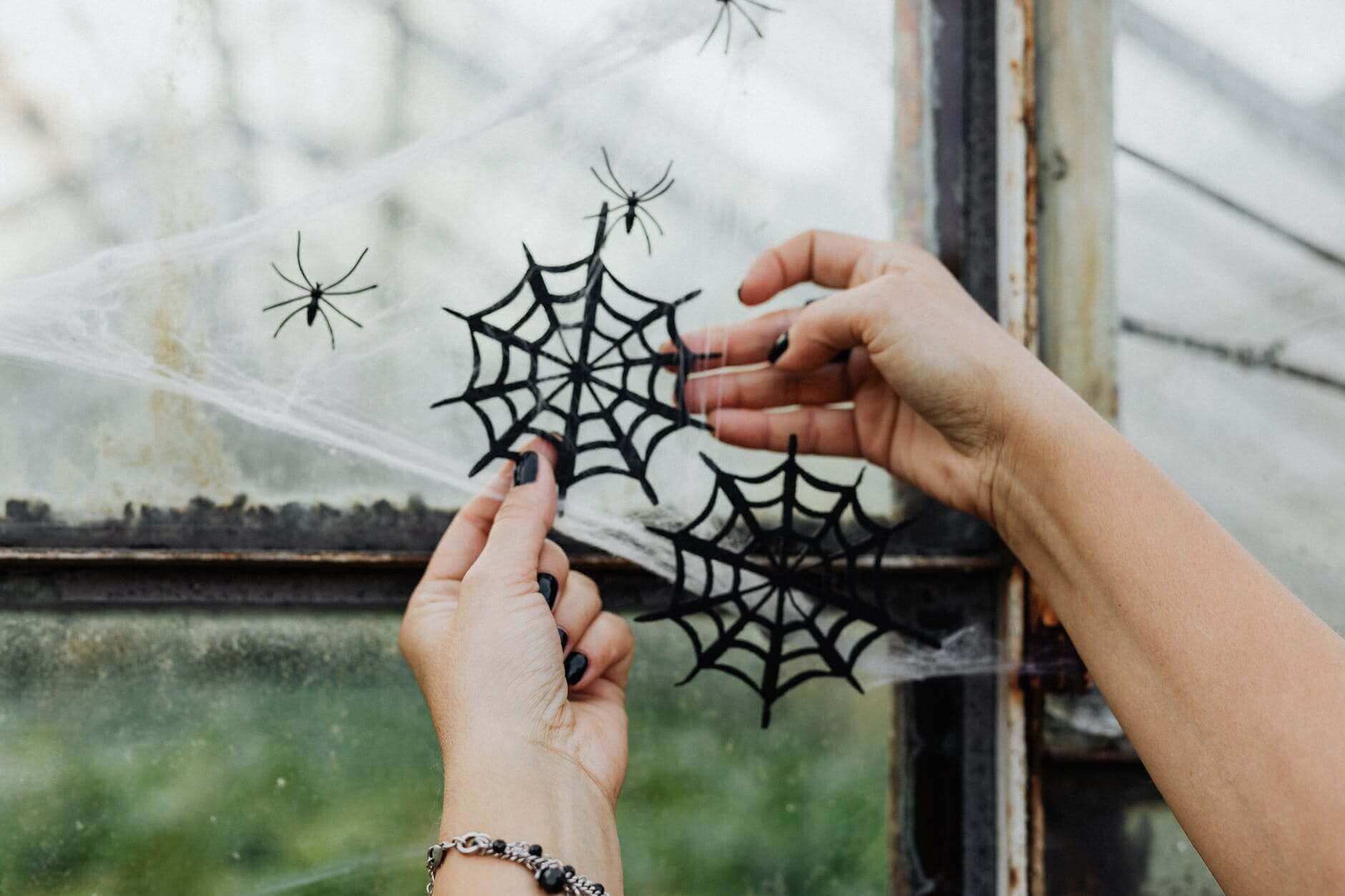 First of all, let me give you a piece of simple surprising information you may not know which is that small spiders are much more dangerous than big ones.

There are more than 43.000 different species of spiders in nature, but only a few numbers are scary and dangerous and can cause serious problems to humans and can even cause deaths.

We will give you a list of the ten topmost dangerous spiders;

Imagining now you are asking which one is the deadliest of them all, I can't just skip this list without talking about the Brazilian spider, the most dangerous one in the spiders’ world.
These spider species are aggressive and have a battleful way of defense, they raise up their front leg into the air.
The Brazilian wandering spiders are to blame for hundreds of annual bites, but the anti-venom can rescue the victim from death. Their bite is harmful to the nervous system and has symptoms such as irregular heartbeat and salivation.
From now on you should be truly careful with banana leaves. 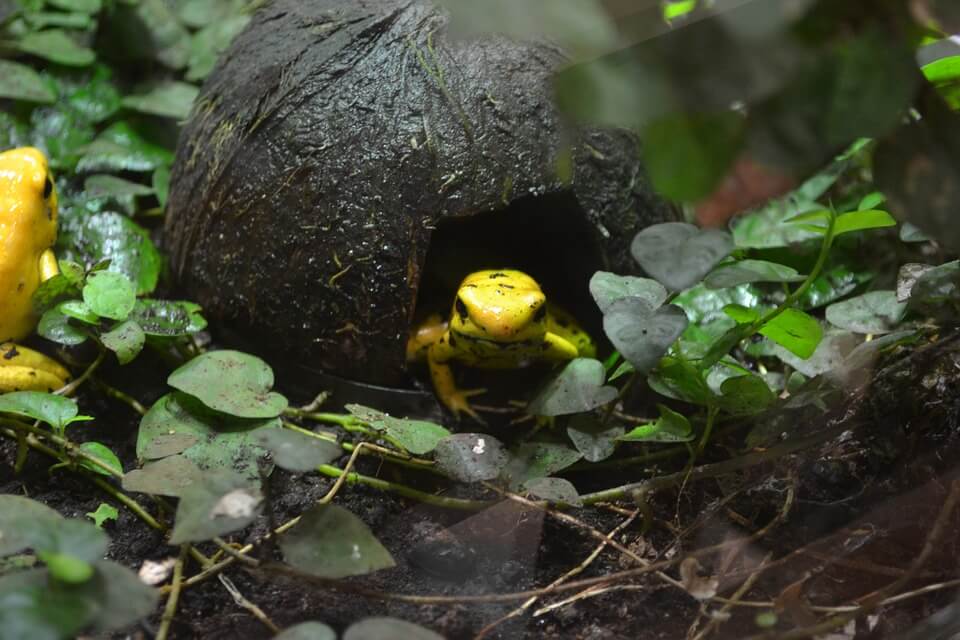 It's one of the most poisonous creatures on Earth. The secret behind this scary reputation is its  powerful and fatal poison called "batrachotoxin"

Every single golden frog can carry 1.900 micrograms of this poison which is enough to kill ten grown men.

The facts that make these frogs are dangerous the most, is the location of the poison glands where it's found directly beneath their skin, so even touching them is a disastrous thing. The poison stops the nerves from transmitting impulses which in turn can cause heart failure than death in only 10 min, the bad news is there's no cure for it.

Tsetse flies are responsible for the kill of about 10.000 humans per year. These nightmares are usually found in sub-Saharan Africa especially the countries located in the center of the continent.

Tsetse flies have almost the same size as the house-flies that range from 8-17 mm, they are immediately recognized during their resting period by two specific characters:

-The completely folded two wings which mean one wing rests above the other over the abdomen.

-They have a long snout that extends forward and attached to a bulb at the bottom of their head.
The bite of tsetse insects is so painful and immediately develops into some symptoms including fever, extreme fatigue, severe headache, irritability, and swollen lymph nodes. Unfortunately, there are no vaccines used to control this infection. 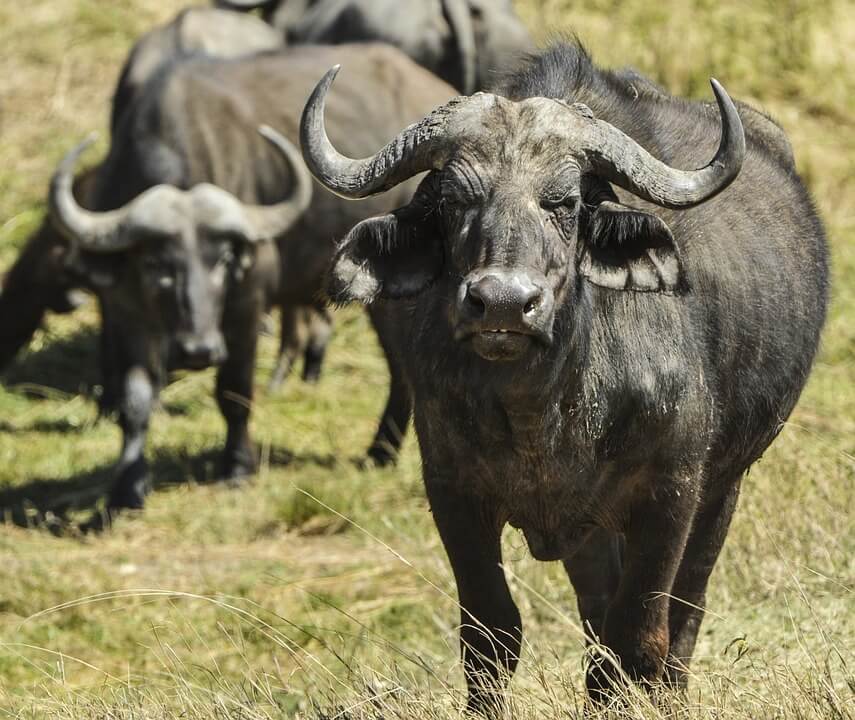 These enormous animals that can grow up to weigh about a ton and reach six feet tall kill about 200 people per year, particularly hunters.

They prefer to travel in huge herds in the morning and in the afternoon period they are found to be gathered around watering holes to keep themselves hydrated. This massive herd can immediately convert into black death if an individual or a calf is threatened, so you shouldn't mess with them. 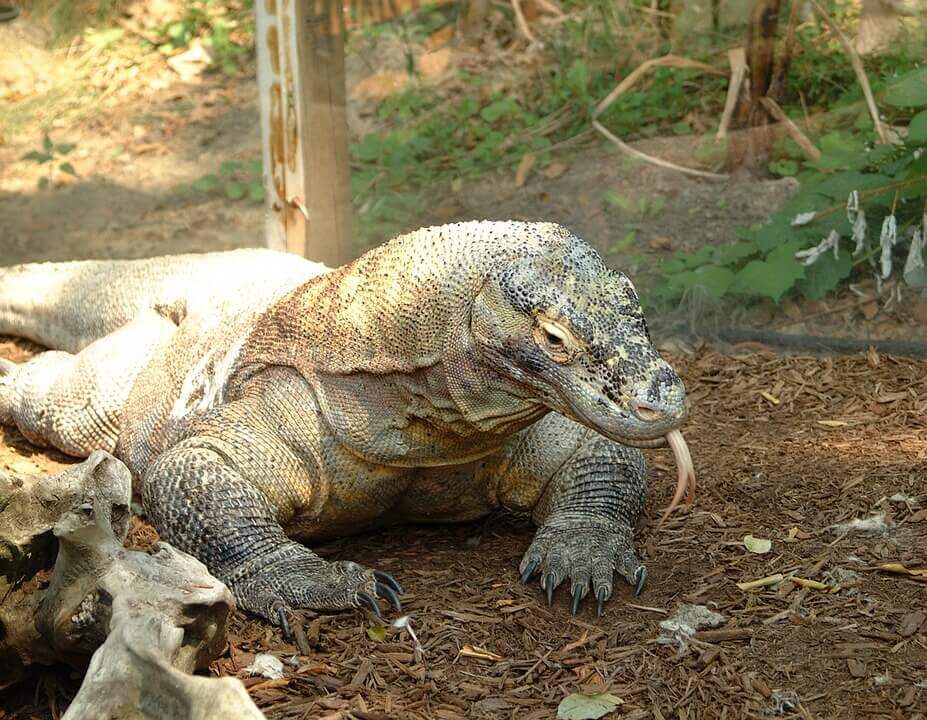 I think having a "dragon" word in their name is already enough to make them one of the scariest animals in the world.

They show an amazing and professional hunting talent due to their patience and waiting for their prey to get much closer. This creepy creature is able to eat definitely anything and has no mind to use a human as a meal, although these scary-looking animals with low rates of human attacks and deaths, that’s because they need to eat only once a month.

Komodo dragon bite can deliver harmful strains of bacteria to the prey even if it is human or animal.

Our dewtreats for you today is a journey to the scariest monsters on Earth. Notice next time not to touch any beautiful and colorful creature. With the good news that you almost don’t need to be afraid of some big animals. Enjoy your life and share with us your special explorations.

If you are amazed by unusual, weird, and strange things, hit our exciting article here.

Our pretty princess, you will find here all tactics and tips.